DA Hall is one of the leading poultry farmers and egg producers in Australia.

The Millmerran feedmill was running a Genius II batching system. This system, produced locally by Gordyn & Palmer, had been operating for approximately 22 years and had serviced the mill very well.

DA Hall & Co was keen to upgrade the system to incorporate the latest automation technology. Gordyn & Palmer were once again awarded the contract to upgrade and expand the system at this site.

Minimising the downtime of the plant was the most important factor in changing over the control system. An approach was adopted that minimised interruptions to plant production and the changeovers were completed in a short time frame as scheduled.

The latest state of the art Genius 5.0 Feedmill control system was installed at the mill. This included Genius 5.0 Batching, Plant Control, Weighbridge, Contract, Ordering and Outloading modules. The system controls feed production from the raw material intake at the weighbridge to the outloading of finished product.

The system is Ethernet based and operates on a standard PC making the need for specialised equipment obsolete. It handles all weighing and mixing tasks as well as recipe input, batch sequencing, destination control and reporting. Recipes are automatically downloaded from Concept least cost formulation software via the network.

The system keeps a full history of batch data which is also available on the internet via a smartphone, tablet PC or desktop computer.

The hardware used to build the Genius 5.0 system includes the latest developments in computer and process control technology. This structure enabled all communication security to be handled using the same security technologies with which DA Hall IT departments used.

The system has made the mill more efficient by providing additional features not offered by the old system such as a graphical interface, web reporting, alarms and diagnostics and SQL connectivity to third party systems.

“The business has been using Genius systems for over 20 years, and personally I have for over 10 years.

We cannot afford downtime of more than a day.  I have always been impressed with the attitude of Gordyn and Palmer towards their client’s functionality, in fact at one time deciding to send a technician to country Queensland at 8pm one night, and then having him on site by noon the next day, that’s impressive!

The fact that they are not a one person operation and have people always available is a key criterion. We have recently completed the installation and commissioning of Genius 5.0, and it was a hassle free event with no time overhangs putting the business in jeopardy.  The software is exceptional as has been the support throughout and post the process.

Again, the software is great, but more important is what sits around and behind it in terms of backup, service and knowledgeable personnel. If you are looking at any type of process automation I could not recommend anyone but Gordyn & Palmer.” 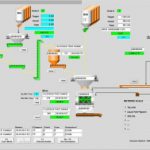 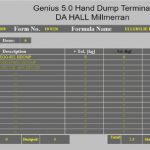 Increasing the performance of all industrial plants with innovative industrial automation systems, electrical installations and electrical engineering services since 1978.